I took the opportunity recently to visit an exhibition by one of my photographic heroes, Michael Kenna. It was held at The Brindley in Runcorn, near his home town of Widnes. I've admired his work for a long time - it's landscape based, characterised by an abstract simplicity devoid of people so no sense of scale is easily imparted. His work is often minimalist with a very small range of tones. He predominately shoots in black and white, often in the square format, a format I particularly like.

I know you shouldn't photograph other people's work but I do so here to explain a photo I took myself in a Kenna style. I hope he doesn't mind! 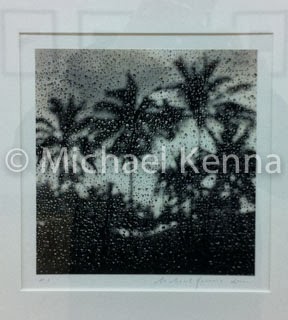 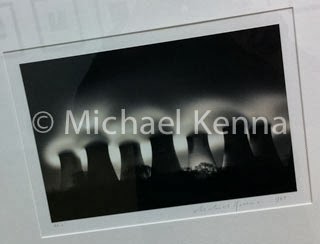 One of his major projects has been the photography of Ratcliffe Power Station concentrating on the impressive cooling towers. Whilst going round the exhibition I noticed the light on the distant cooling towers at Fiddler's Ferry and as it had just stopped raining the window was covered in an attractive pattern of rain drops. So I combined the two elements to make my own composition as my ode to Michael Kenna. 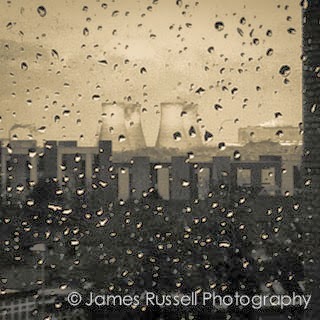