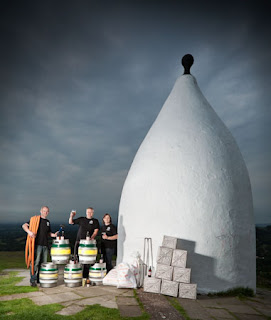 When The Bollington Brewery Co won a bronze ‘Best Bitter’ award at last week’s Great British Beer Festival, there was only one place to shoot their PR photos – at local landmark White Nancy, which features in their logo. I love distorting reality in a photograph and wanted a dramatic look with a stormy sky, despite it being a bright evening. By a mixture of deliberate under-exposure and careful use of flash I achieved the effect I was after.
All this was created in camera and some post production to the RAW file to further boost the contrast was all the computer work that was necessary.
Congratulations to Lee and Kirsten who own the brewery and the Vale Inn in Bollington where you can sample these marvellous ales. And of course to Kim, the master brewer.
Thanks too to the fell runners who helped out with carrying all the props up and down, just a bit of extra training for them.
I enjoyed the celebratory beer at the end of the shoot. 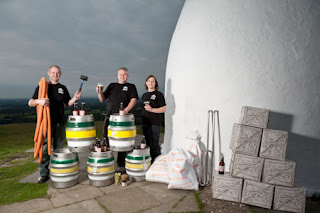 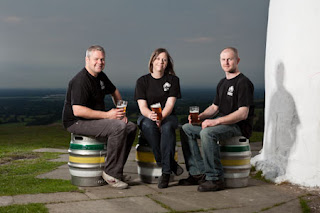 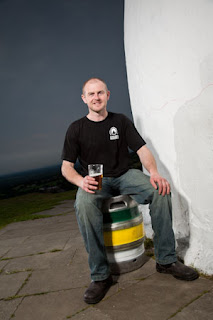 And here's me behind the scenes, it was quite a bright evening as you can see. Who says the camera never lies! 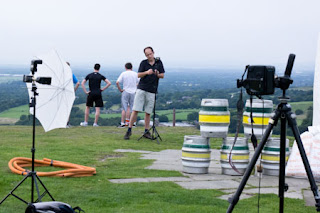 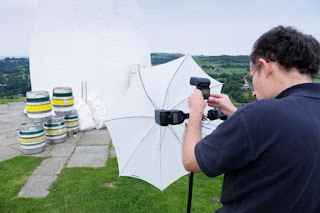 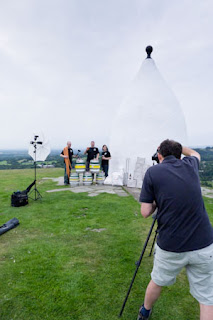 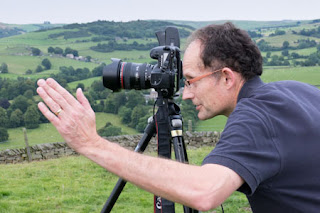 Labels: Commercial, Picture of the Week